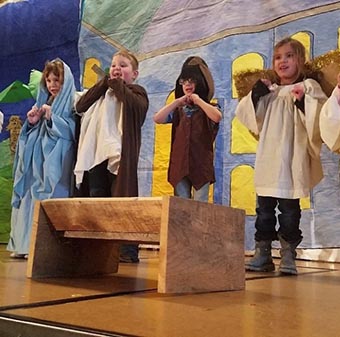 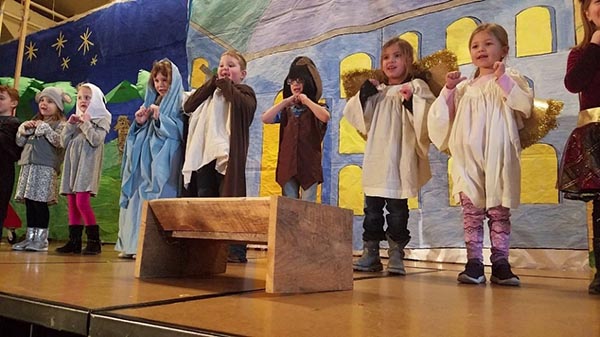 Sacred Heart elementary students rejoicing as they practice for their 2021 Nativity play!

When you support endowments at the Catholic Foundation of Eastern Montana, your gifts make a real difference in the lives of your fellow Montanans. This year, six families in Miles City received scholarships through the “Adopt-a-Student” Scholarship Program at Sacred Heart School. This program was, in turn, funded partially by the annual distribution from the Patrick V. and Katherine M. Shevlin Memorial Endowment at the Catholic Foundation of Eastern Montana. Because of generous donors who believe in the value of a Catholic education and in an endowment’s power to provide for Sacred Heart School forever, a Catholic education was made accessible to six families who could not otherwise afford it.

Help us make Catholic education more accessible all throughout our diocese, forever.

Donate to one of our Catholic school endowments today!

© 2023 Catholic Foundation of Eastern Montana. Privacy Policy | Board Portal
The information on this website is not intended as legal or tax advice. For such advice, please consult an attorney or tax advisor. Figures cited in examples are for hypothetical purposes only and are subject to change.