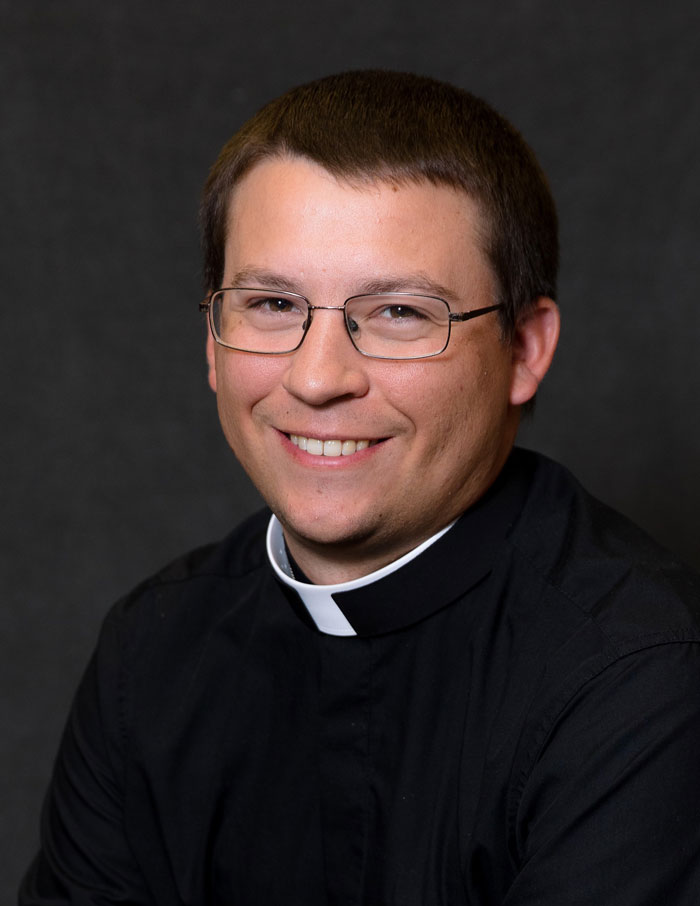 Father John Pankratz is from Billings, Montana, the oldest in a family of eight children. He graduated from Billings Central Catholic High School in 2010, and attended college at Montana State University where he graduated with degrees in Chemical Engineering and Bioengineering in 2015. Following college, he decided to follow God’s call to the seminary and spent two years studying philosophy at the Saint Paul Seminary in St. Paul, MN. For major seminary he was sent to live and study at the Pontifical North American College in Rome, Italy for four years. Among the highlights of his time in Rome Father John had the opportunity to personally meet Pope Francis at the Vatican in 2020. He completed his Bachelors in Sacred Theology from the Angelicum later that same year, and was ordained a deacon on October 1, 2020 by Cardinal James Harvey in St. Peter’s Basilica. Following the completion of seminary, Father John was ordained a priest on June 24, 2021 at St. Patrick Co-Cathedral in Billings by Bishop Michael Warfel, where he currently serves as the Parochial Vicar of St. Patrick. As an active priest in the Diocese of Great Falls-Billings, Father John has been personally blessed by the support of the Catholic Foundation of Eastern Montana, and he looks forward to now serving on its Board of Directors in order to further support the future of the mission of the Church in our diocese.